ATM – The Automatic Teller Machine is now the most frequently accessed portal or method for Urban Indians for a large majority of their banking tasks; especially the withdrawal of cash. Banks are supposed to provide Cash and other services from their ATMs for their customers; In addition, and equally, perhaps more important – they are also supposed to provide adequate security at their ATMs. It is, after all, situated at a location outside the bank {where there usually is security}, and are at times located in lonely places as well.
1) ATM Attacks
2) Nature of risks at ATMs
The need for security is underscored by recent happenings, with a couple of attacks on customers in ATMs. You might state what it is only a couple of attacks; the critical point that is missed in stating that is that these are the first attacks in ATMs; how long before it dawns on the criminal classes that ATMs are easy pickings – after all, all you really have to do is ensure that your face doesn’t show in the security camera. This is exactly the modus operandi of the first attack. Neither can it be said that we should avoid ATMs in lonely locations and at late night. But even that does not hold water, as the nature of these two attacks and their brazenness prove.
And yet, provision of security at ATMs is exceptionally weak – basis what I have observed. This is not limited to any one bank; I have noticed this lackadaisical approach in several banks’ ATMs. Security is lax, or is absent on any number of occasions. Sadly, this is not corrected even after complaining to the bank. The local manager at times even bluntly says it is not his responsibility; at times he promises to correct the anomaly. And yet, despite this, the ATM security issue remains inconsistent. I have even complained in writing to a bank. There has been no response to my mail, surprisingly. This absence of a response is indicative of the approach, in my opinion.
Why are banks and their managements not waking up to the threat that is now real and present? Why cannot security be provided at ATMs – we operate from ATMs for own convenience; that does not mean that we will be willing to accept risk in lieu of that convenience.  Who is to stop anyone to walk into a multi-ATM booth, wait for the customer to withdraw cash, and rob the customer are decamp with the cash? Note that the Door and Window of the ATM is glazed, and anything happening will not be visible from outside! When will banks wake up to this massive risk to us customers?
What is of even greater import is the lackadaisical approach of the staff as well as customers, who just don’t seem to care, and who are not aware of the risk potential that is so apparent! The examples are present in front of us – these should act as wake-up calls to banks and customers alike, both of whom are caught in their usual stupor, and ignorance. Neither stake-holder in this matter seems to care enough about it to do anything; the customers don’t seem to want to build pressure on their banks, and bank employees don’t seem to want to build internal pressure on superiors. Some things have to go beyond the mere profit and convenience motive in life; this is one of them.
We customers face a risk that is very, very real – and are blissfully ignorant about this. This is evident in the manner in which we arrogantly enter an occupied ATM – I have had to tell many an errant customer to walk out as I am using the ATM; this is evident in the way banks and their staff treat security related complaints of ATMs (at least in my experience). A problem will not go away just by ignoring it or wishing it away; it is real, it is present – and it poses a massive risk. The doors and glass are glazed, the glass is thick – anything that happens inside will not be visible outside. And a closed shutter or half-closed shutter is normally assumed to be due to ATM cash refilling, or repairs. Not only this, there is another type of risk associated for customers – that of ATM card fraud, or stealing of ATM card numbers etc. These frauds are also well-known as well as reported; and can also be minimised (if not totally eradicated) by the provision of adequate security.
Both, banks as well as customers need to wake up from their stupor and exercise their various options; this is not something that can be shoved under the carpet and ignored. ATM operations are a part of our daily lives; we trust the bank to provide us with a convenient as well as safe outlet for our normal operations. And if the bank does not provide adequate security 24*7, it is as much the bank’s problem as ours. On their part, banks need to wake up to the risk being faced by its customers, and take action to ensure proper security at their ATMs – regardless of whether customers complain, or not…
http://feeds.feedburner.com/blogspot/ffxzG

In the old days, especially in my early years, I would always look forward to Mickey and Donald, Tom n Jerry to lighten my mood. It was a fun occasion, a cartoon with no tension and just pure entertainment. The good thing about those 2 cartoons above were their culture neutrality, which made them easy favourites across cultures. In those days, the only Indian cartoons would be beginners stuff served by Doordarshan, which were liked more because they were a novelty than anything else! It was always a given that Indian Cartoons were no good… 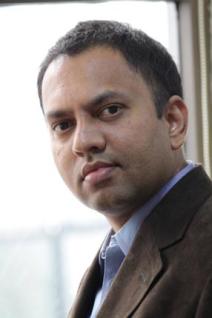 Cut to today, and the scenario has changed quite remarkably. Chhota Bheem seems to have caught the imagination of the nation – at least the majority of kids. Even a good number of adults are getting enamored with the cartoon character of Chhota Bheem!. What was once deemed impossible has been converted into a reality thanks to Rajiv Chilaka (above). The show now has almost a cult following among the kids – it plays nearly all day long on Pogo channel. I know since nothing else is allowed at my home – IPL included. Had to fight my kid for TV time!
Personally, what I like the best about the series is the undercurrent of moral education and the gentle not-so-subtle emphasis on values, morals, right and wrong. This is something that is noticeably absent from western cartoons – Tom’n’Jerry, Mickey & Donald, Bugs Bunny et al. These were all about fun pranks etc. In fact, some of the pranks shown on a few of the episodes are quite frankly a bit too “wise” for my taste! In marked contrast, the Chhota Bheem series is not only fun, it adhers to Indian Values, emphasises right vs wrong. One cannot say with certainty that it builds character – (if cartoons could build character, then all kids would be saints by now!) – but at least it emphasises the right virtues in a manner that kids can relate to. That is the biggest achievement of the series. Every episode has a clear message – forgiveness or honesty etc. The kids learn a little from these episodes – which places the series head and shoulders above any and all animations that have been attempted. There has not been a single episode of the Chhota Bheem series in which I can find anything that is rough, or unacceptable or “wise-guy”ish. The adherence to the underlying values of the series is to be praised!
The other aspect is a no-brainer: the setting is Indian; which makes it relatively easy for us to relate to the cast and get involved in them. The looks, the settings are so close to home that we accept them almost naturally. The background is normally so well done and scenic, with lots of greenery etc being depicted that it adds to the overall beauty. Since the base is a village setting, it seems very natural and comfortable… Each episode has a clear story & message that goes beyond just pranks and fun. That lifts the entire series into a different level entirely! It is this double combination that makes it a cut above most others of its genre…

The movie version has also been deemed a success, which is very heartening. I have seen the movie, and liked it a lot- as did my family, who also enjoyed the experience. I had not expected much of a turnout for a cartoon, but was surprised by the attendance. Obviously, being in a new genre for Indian Cinema, it cannot be expected to run full house for weeks – but the encouraging response bodes well for the Indian Animation industry. The movie was a great one- I rate it beyond any other animation movie for the reasons outlined above – and we can only expect the team to get better from here onwards. The best part of it was the fact that it had a clearly defined storyline, great voice-acting, a message and superb animation. For those who have criticized it, I can only say that having watched most animations I found nothing that was present in them that was not present in Chhota Bheem. The background music was class, and gelled very well with the storyline. If any suggestion can be made, then it is only that I wish the director would make the next Chhota Bheem movie a bit longer, more involved, as we are left wanting for more. That apart, it was a perfect movie. Better than I have seen till date in its genre…
Only feed back for the Director: please dont change the voice-over actors for as long as is humanly possible – we identify the characters as much by their physical appearance as by the voices in a cartoon setting. That is absolutely vital! A definable message, a clear storyline, great voice-characterizations and a lovable cast of cartoon characters are what has made the series a tremendous success… let us hope that it continues to do so.
http://feeds.feedburner.com/blogspot/ffxzG